How to portray on a painting all that can be seen on a photograph?  Can a painting relay what a photograph shows? Why are today’s primary realist contents of the art of painting – or even contents, which can be qualified as documents – demonstrated by way of paintings?  These are questions artists and well-informed viewers have asked themselves since photography was invented. 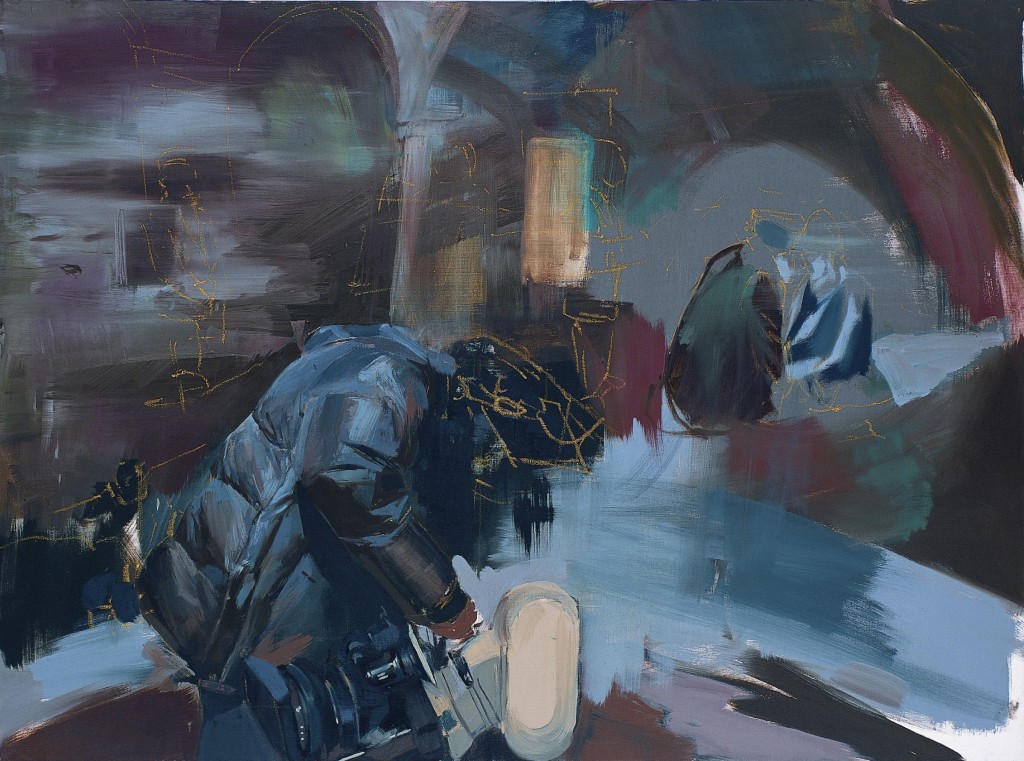 Such questions may seem as if they are deliberately trying to put a strain on art or maybe attempting to establish the superiority of digital photography following that of analogous photography. But an essential dissimilarity between photography and painting can cast a shadow over such queries. That most important distinction is that photography, even though digitally processed, is basically a document while a painting is a subjective phenomenon and forecast, with or without responsibility to that which it portrays. With photography everything can be documented; with painting it is possible to document what lies beyond everything.

What is fascinating in the art of painting today is the association of these two separate techniques of creating/producing art, the interaction between them and the unexpected consequences that arise.

The works of Mustafa Pancar describe the human activity in the city he lives in. The mobile and pictorial association among the expressionist color texture and the realist design in his paintings may not necessarily provide clues to show that a photographic attitude or a photographic effort of documentation lie at the foundation of these paintings. On the other hand, we cannot ignore the photographic attributes of the fact that these works comprise detailed stories of daily life or instant views, which can only be captured by photography.  Assuming that Pancar continues his artistic endeavors for the purpose of witnessing and documenting ordinary daily facts, the overall accumulation displayed in these paintings  – although Pancar has yet to hold a retrospective exhibition – can well show us the changes in İstanbul over a time span of twenty years. The combination of photography and painting carries this display to a dimension other than a simple documentation by photography. These are paintings which relay to the viewer, the points of intersection between a process of architectural, social and political change and the view of the artist that changes from one year to the next, as well as subjective interpretations and a surreal display that no photograph can capture. 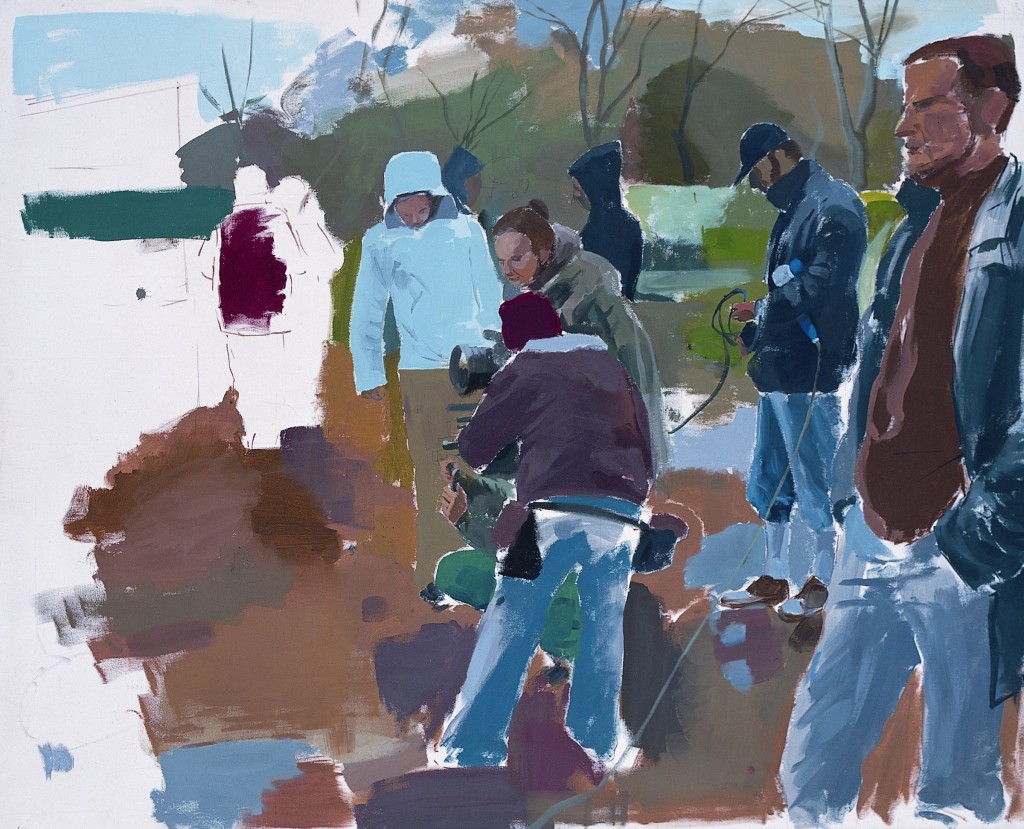 In the developmental process of art in Turkey, Pancar’s works do not bring a deviation in form. He pursues the path of modernist art that has thrived in Turkey since the formation of Group d till the present to reflect traits such as Turkey’s own tradition of strong design, robust composition and the combination of the abstract and the figurative.  His works have two features that are post-modernist: The power of photography to capture unexpected instants is employed as a means of departing from the formalist stance of Modernism. Painting is used not to express a generalized opinion of the world but to impress the individual view and a unique stance.

In this context Pancar can be described as a representative of the 1990-generation who have demonstrated their reaction to the political-social chaos in Turkey by making visual, the secret power of being commonplace. On the backdrop of these paintings are to be found social realism, a timid surrealism that is peculiar to Turkish modernism and the unavoidable influence of Pop Art. This style of art emerged as a reaction in the 1990s in the post-Soviet countries, or in other words, in authoritarian cultures of nation-state which were forcefully modified by globalization. Pancar and his generation continue their activities within a group movement, which they have named Hafriyat and paint the neo-liberal urbanization process in Turkey and in conjunction, the collapse of the ideal of nation-state and a homogenous populace.

The series comprised in this exhibition, in a specific context, shows the production stages of the motion picture “Takva” which has been a recent topic of debate in Turkey’s cultural milieu. Without a doubt, the choice that lies behind the creation of these paintings has not been without purpose. The act of painting finds itself confronting here, cinema and a work that has been created through photography.  Certainly, in a global context, the boundaries between disciplines have been eliminated but in Turkey there still remain obstinate frontiers between cinema, music, photography, literature and visual arts. Pancar pushes against these frontiers, succeeds in smashing through them and documents the process of making a film in the rationality of a cartoon strip. He works with the film crew which is also an act of intellectual exchange. We may go somewhat further and consider that this work  – although photographs documented the scenes and these photographs were actually utilized – is a process that can be likened to writing what may be called a pictorial script. This is sufficiently good reason for the need to paint on the theme of displaying a profile of demonstrating in Turkey, the communal relationship between capitalism and religion. However what we witness here is a series of paintings on the process of making a film on this theme, and not the theme itself.  The indirect approach by Pancar to this subject, underlines that today a relevant aesthetics is a more valid method than straightforward aesthetics.  These paintings enable us to perceive once again a production and a film but at the same time reinforce the significance of the film through the intercession of the singular view and interpretation of a painter. 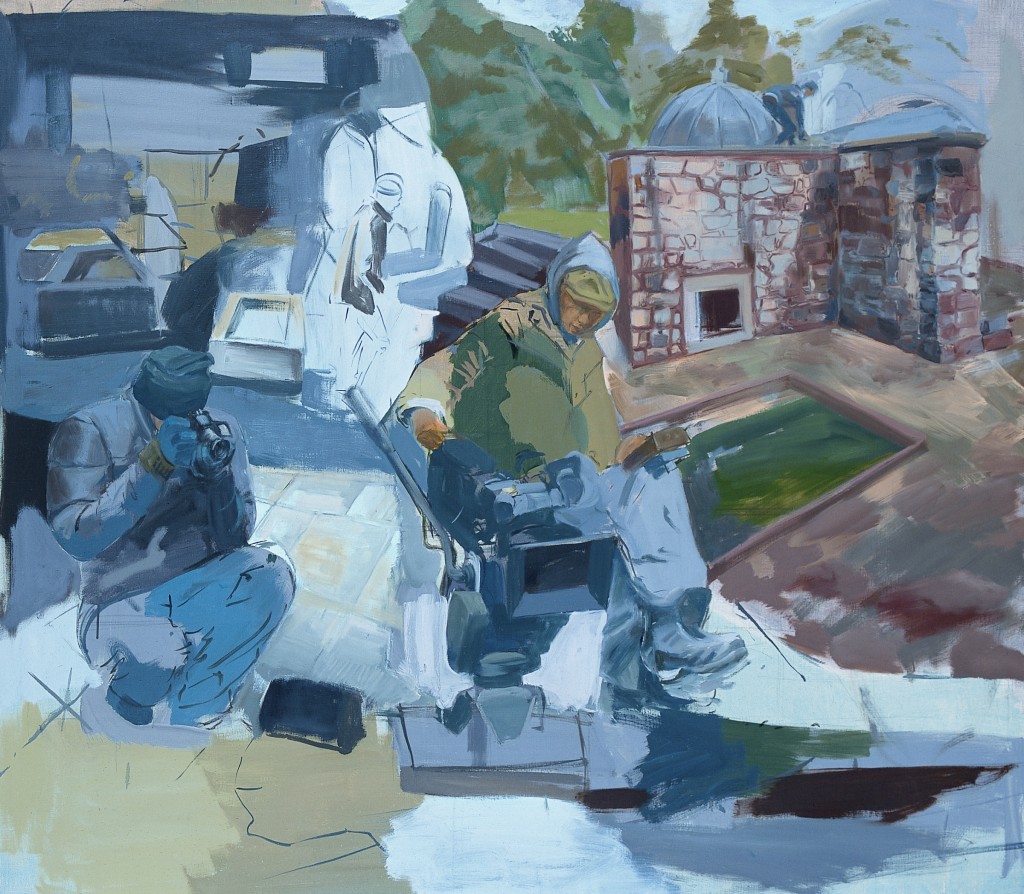 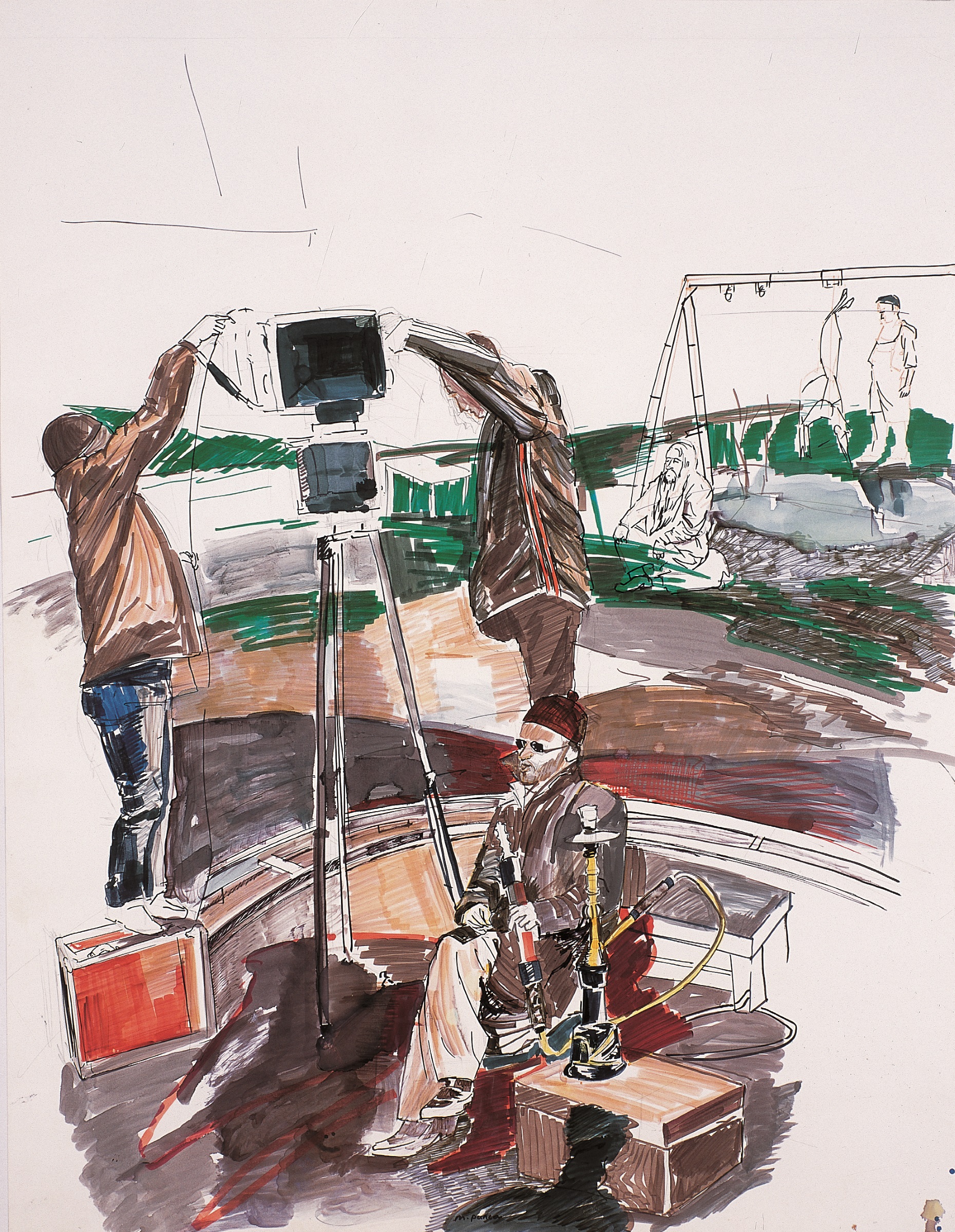 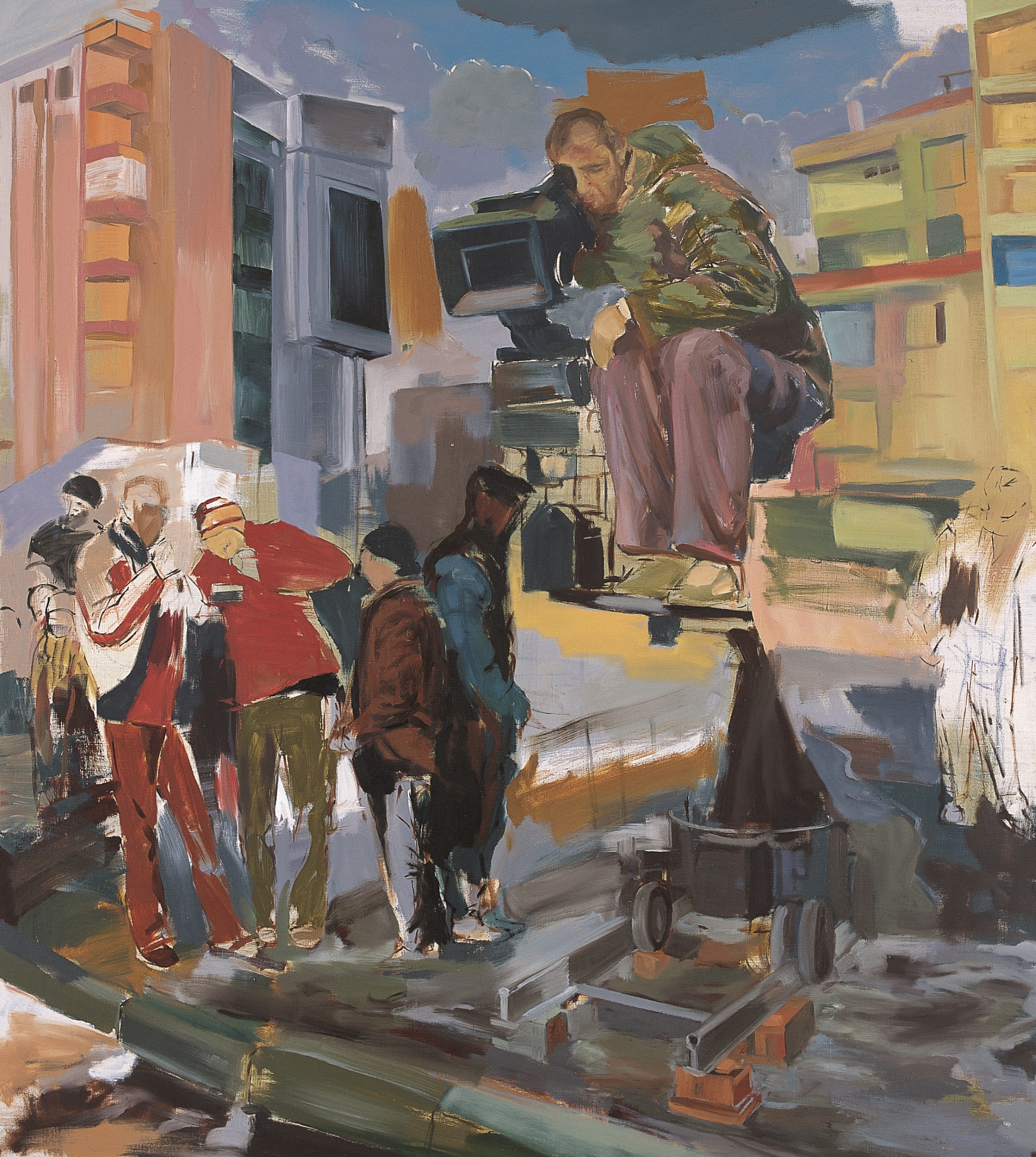 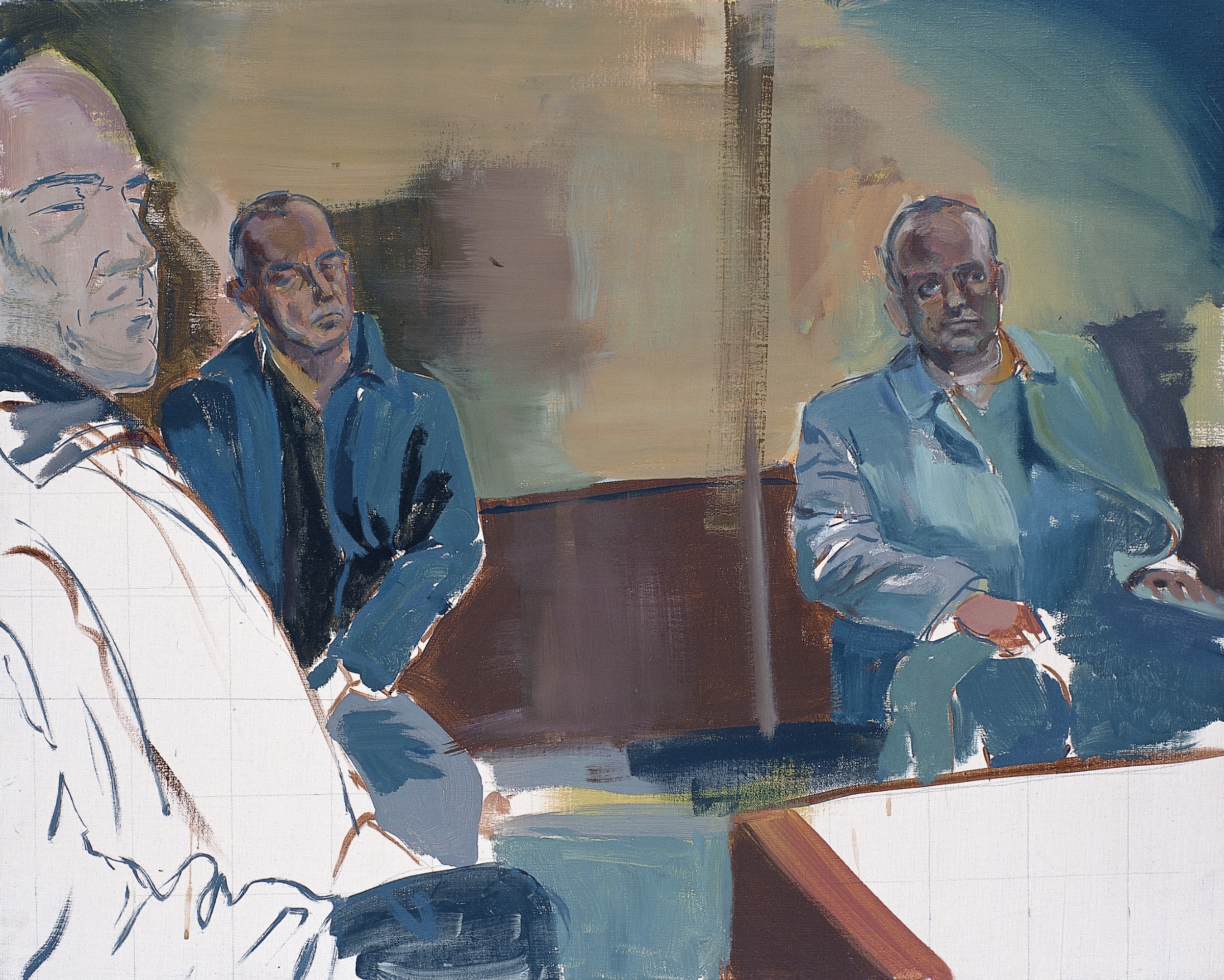 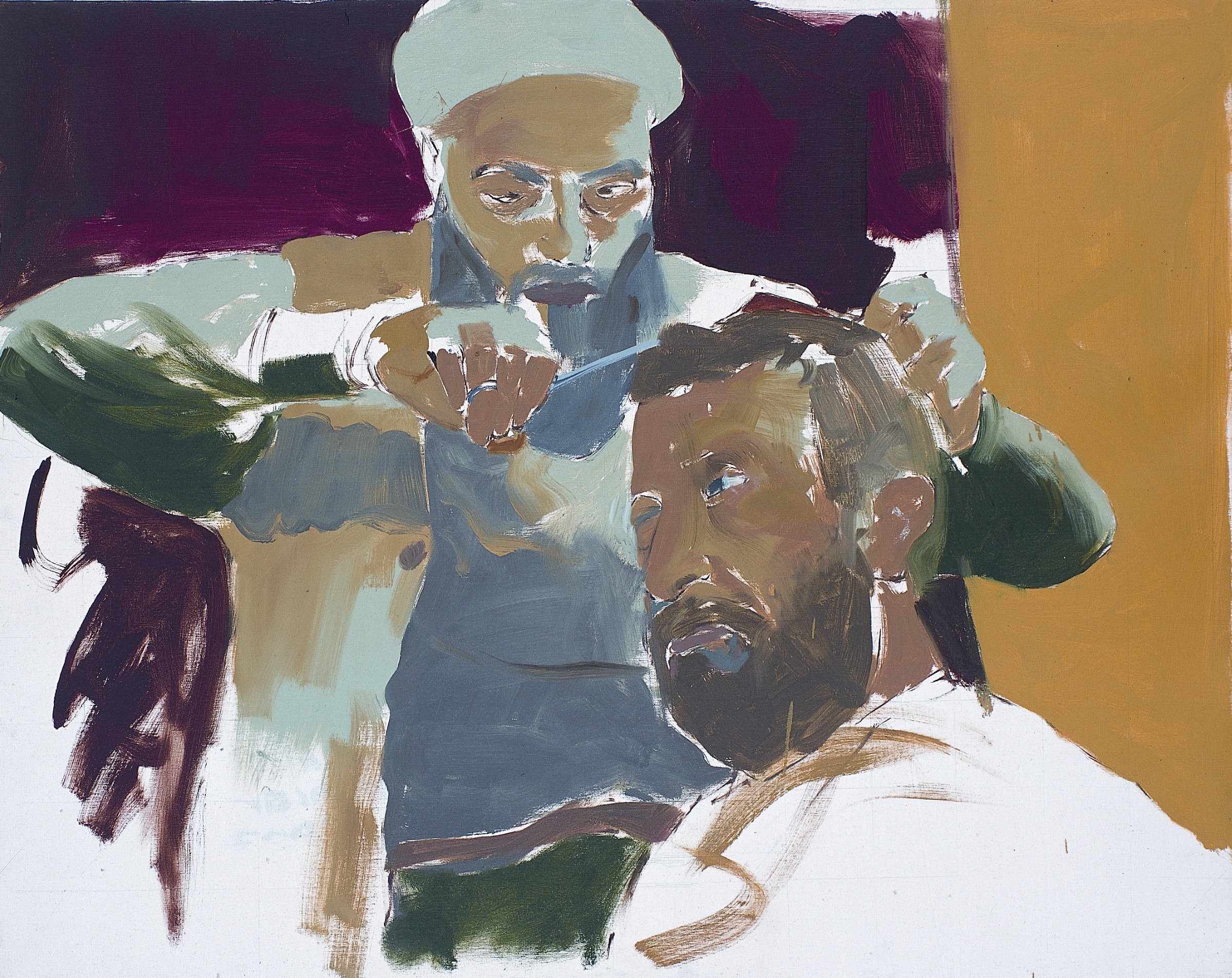 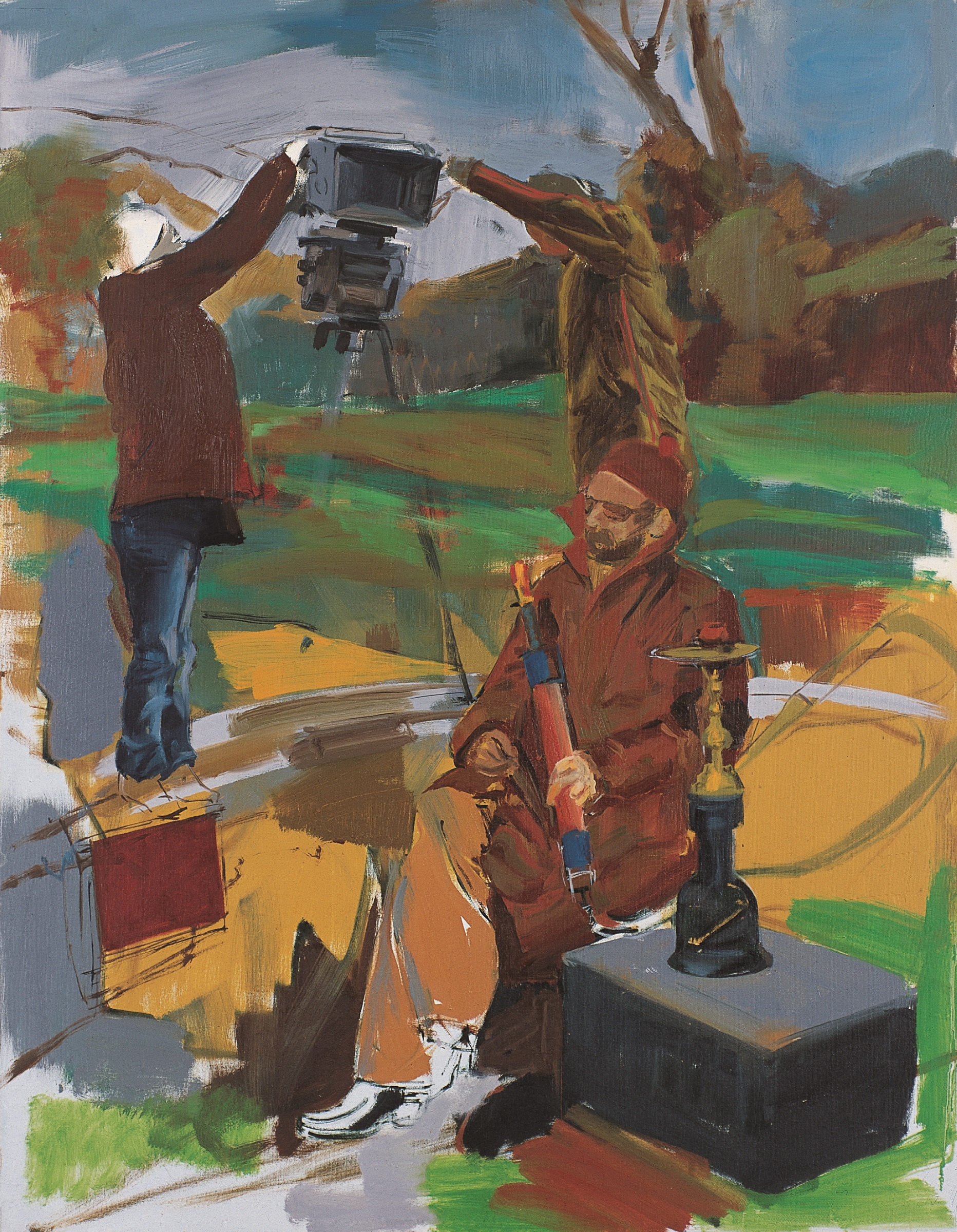